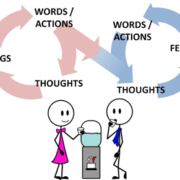 In Praise of America

Words are Just Words.... Or Are They

What do our people need?  A Sense of Community and Belonging

Is It Possible to Be Single and Happy on Valentine’s Day?
0 replies

What's Your Excuse? Some Interesting Facts About Video – Joe Refano
Share This
Scroll to top