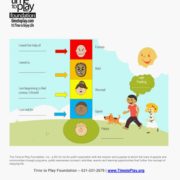 Don’t Put Off Till Tomorrow What You Can Do Today

www.timetoplay.com Update and How it Can Help

I AM -- The Power of Self-Expression

Happiness Tips for 2012 -- An Interview with Jim Ryan

News from a recovering Boring-A-Holic

Hey, it's Friday. . . Again Occupy Wall Street? We already had The Schwartz Report giving a voice to the...
Share This
Scroll to top