Maybe There's Something to a Relative That Steals the Limelight -- 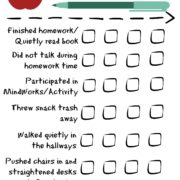 BE YOUR OWN ADVOCATE by Janice Suarez Morales